confessions of a photo junkie mom

I was serving in the U.S. Army when I had my first baby boy.  It was a crazy time for me; navigating military life, a new marriage, and now a precious baby –  but he was such an amazing gift in the midst of it all.  And even though I’m no longer active duty military, I was once a military mom.  When looking back though, I’m sad that I never had my picture taken with my son while in uniform.  I don’t have a tear jerking photo of me hugging my baby boy when returning from Afghanistan (because he was only a twinkly in his father’s eye then).  I don’t even have the quick snap shot of him in my arms after a long day of work, him with my uniform cap on his tiny little head.  I don’t know why I don’t have those images.  I guess I never thought they’d be something I would long for so many years after leaving the Army.

Well, now almost eight years later my little baby boy is all grown up and with two sweet little sisters and a new baby brother who just so happens to look exactly like him.  I’m talking dead ringer.  So what’s a nostalgic military vet / photographer mom to do at the tail end of Month of the Military Child and just a couple weeks away from mother’s day.  Well, she dons her hubby’s uniform and she recreates some memories.

Empty gallery item. Please make sure you have upload image to it or check the short code. 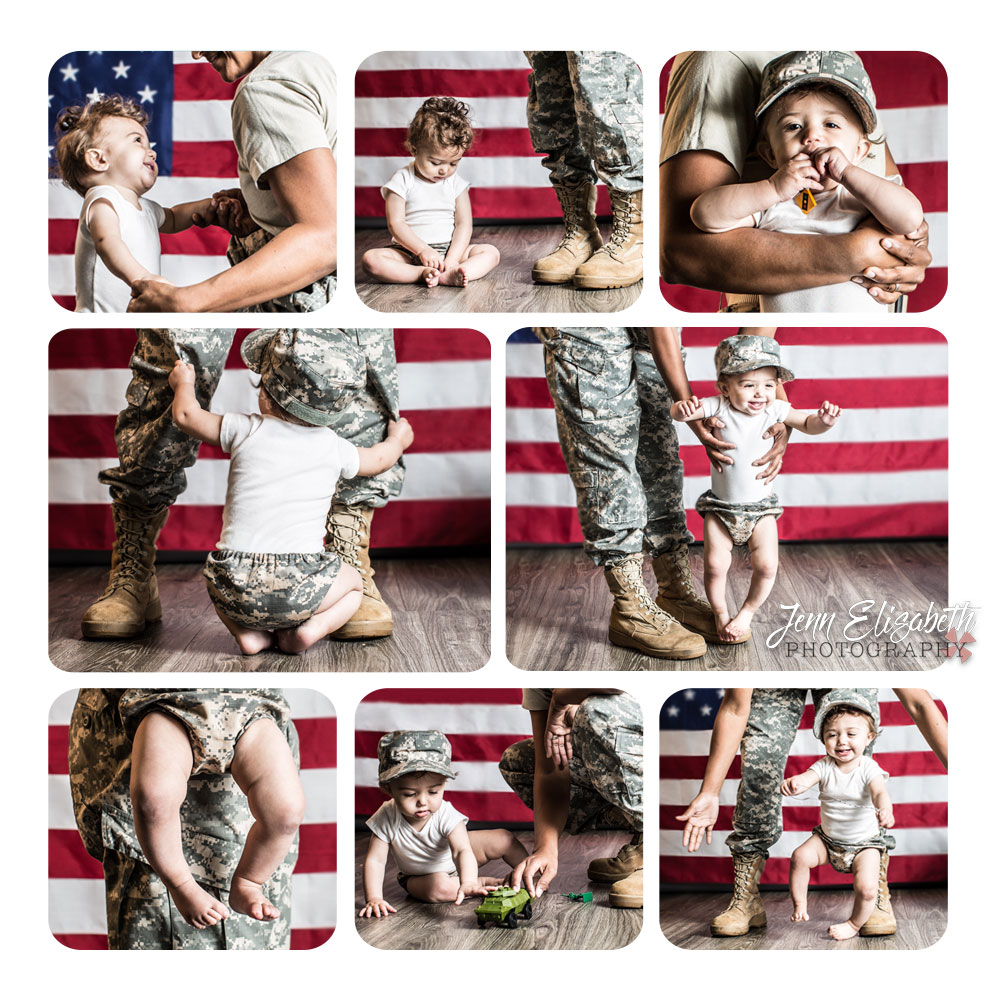